Zac Te Ahuru runs his own forestry silviculture company, RADS Forestry, and runs two crews who work in a number of forests around the North Island including the Lake Taupō Forest.

Known for running a good outfit, Zac has had to work to where he has got to.

‘I was brought up to work hard. My grandparents brought me up on the farm and it was always work came first and school came second.’

Leaving school, he went to work in forestry, and although he has worked in other industries including a Wattie’s factory and fruit picking, he has always come back to forestry. However, he was in his late-twenties when a major obstacle was thrown into his path.

‘In the early 2000s, I was working with Carter Holt Harvey as a crew boss there and we all got laid off. This was about 2004 and there wasn’t much else to do in Taumarunui, so I rang round the guys in my crew and put an ad in the paper looking for work scrub-cutting. From that, a whole lot of work came available clearing land for farmers, and then Greenplan Forestry in Te Kuiti had some work so I put in for their thinning to waste programme, and then they had a big pruning programme and it all went on from there. It was an opportunity that came up so I just jumped at it.’

And the best part of his job now?

‘Being my own boss I definitely enjoy, but I just like working with the guys – they’re good guys. I’ve found guys in the bush can be a bit quieter or more humble than others, and they’re hard workers too and I know what that means.

So what for the future?

‘It’s getting tougher to find young people who want to work in the bush. They’re used to be more opportunities for young people growing up to get outside and go into the bush but times have changed. It’s more difficult to get into the bush now and there’s competition from things like Playstation and social media. We do have a few young guys with us – Mike Sagato is one. He’s been working in the forest since he left school seven years ago and has been working with us for the last year – we could use more like him. We’re always looking for more. If they like being in the outdoors and not in an office and want to work and have fun as part of a team, then this is pretty good’.

Some other members of the crew: 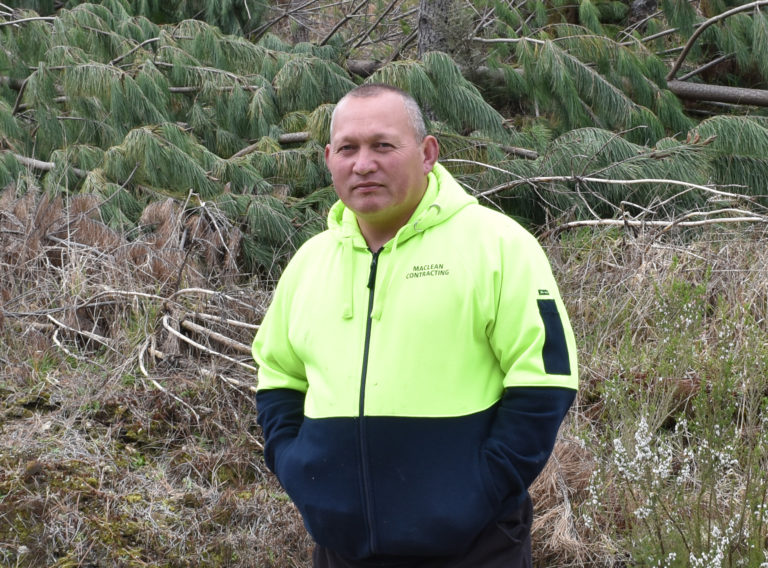 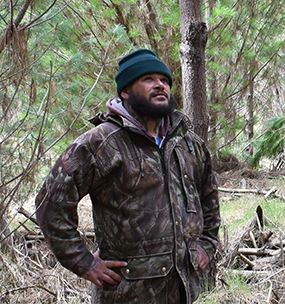 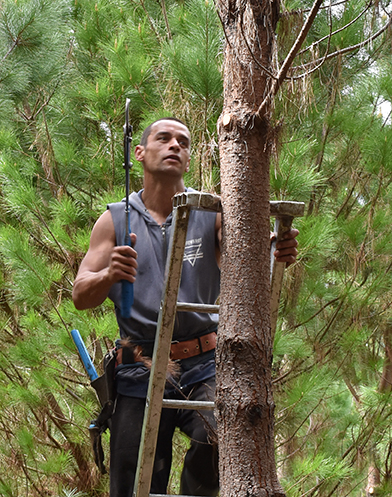 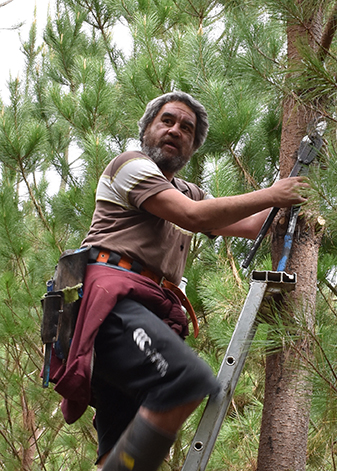